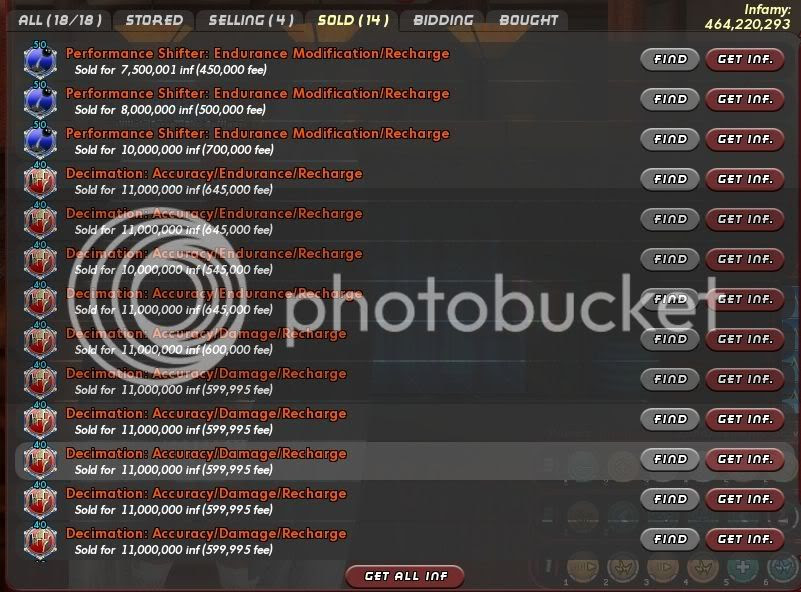 Sold more stuff.  :D  Ran some trials.  Did my five tip missions, got a villain merit for that, and another for converting 50 merits.  I already had one from the day before, so I bought a KC triple and had 1 villain merit left over.

Because I sold so much stuff, I had little left for sale.  I needed to buy more recipes.

I wanted to give a very clear picture of how I made money the last two days.  That's why I waited a day to post this.

I placed bids Tuesday early evening for 10 Decimation acc/dam/rech at over 2 million inf each, and 10 Decimation acc/end/rech for 560,000 each.  These actually sell at similar prices -- about 10 to 15 million crafted -- despite the fact that the second recipe is much cheaper to come by.  But the second is also harder to sell, since there's always more available, so it's more of a squishy market I guess I'd say.  You can get 10-12 million or so, but not necessarily as quickly.

Anyway the recipes purchase much faster, as you can see by late in the evening after I've run my trials and stuff, I already have 9 of the cheap triples, and only four of the more expensive ones.  I've also bought all the salvage needed to craft the ten cheaper recipes (bought over several hours as I was running trials and tip missions). 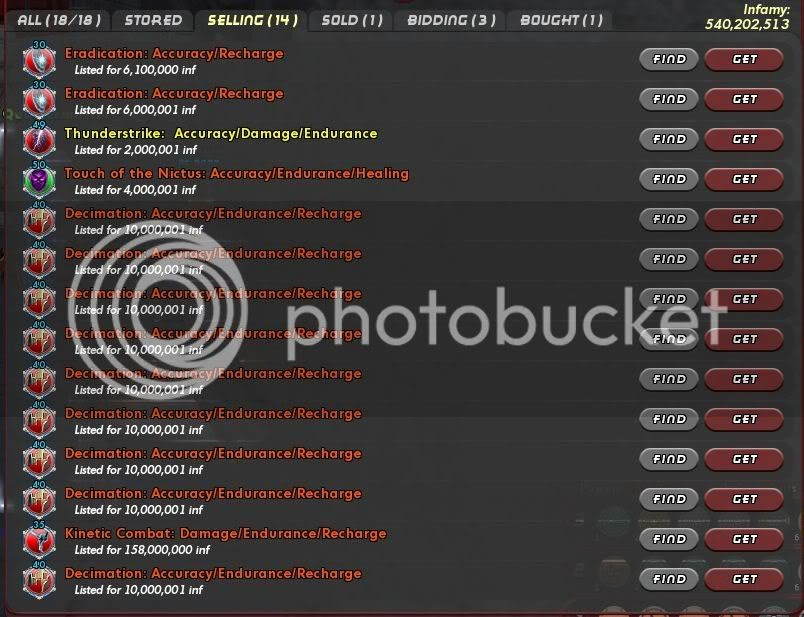 I craft and listed all 9 of the Decimation dam/end/rech at 1 inf over 10 mil, which is being slightly optimistic.  The KC triple I listed at 158 million.  I listed the last one at this price, and it sold for 170 million, which is the price I was actually hoping for.