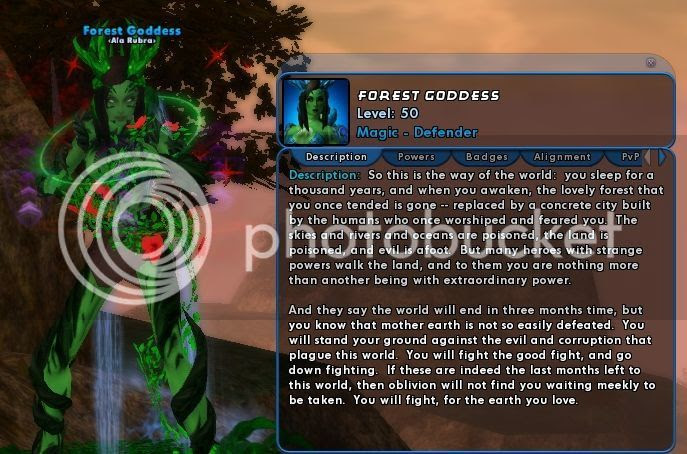 After Princess Ozma reached 50, my next goal was my nature affinity / water blast defender.

What a great combination!  Water blast became my favorite blast set, and nature affinity was the most beautiful buff set the game had ever seen.  It was also a quite useful/powerful set, I had absolutely no regrets playing it (except that I wish I had been able to play up my plant control/nature affinity troller as well).  If I had quit the game on Sept 1st I would never have been able to experience the joy of playing these two sets.

Forest Goddess didn't have a look or bio that I found very compelling, but it finally gave me a reason to use the waterfall backpack and the nature/flower trailing path aura.  That look was absolutely perfect for this character.

That's pretty much the story of this character:  one of my favorite defenders to play, didn't get to play her nearly enough.
Posted by Miko at 10:36 AM