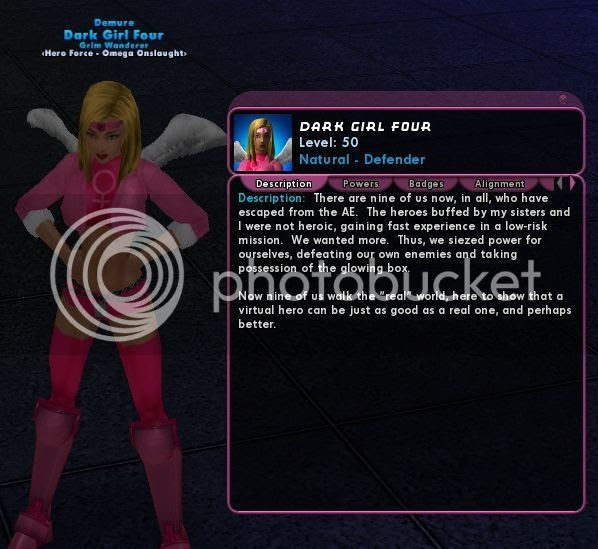 I tended to alternate between Dark Girl, Ice Girl, and Bubble Girl (and Sonic Girl) when playing a fender on MG's TF teams.  Slowly, all four of them climbed into the mid 40's.  The next one to hit 50 was Dark Girl Four.

And I have to admit to something -- I don't actually remember much about playing these characters.  All those nights running TF after TF are a bit of a blur, and these particular characters hit 50 a while ago.  I remember that Dark Girl and Ice Girl hit 50 on consecutive nights, I think.  I didn't actually play either of them much after they were 50 and fully IO'd.  I had a lot of level 50 defenders actually, but I rarely played them.