Nothing sold while I was at work, but when I got home I had purchased afew things:  1 Positron's Blast dam/acc/end level 29 for 10 million, 1 Obliteration damage level 30 for 3.1 million, and 10 Performance Shifter end/rech level 50 for 640,000 each.

Of course, I still have at least 10 of those IOs sitting around already... so I need to get busy selling them.

But first I went on another buying spree.  I purchased & crafted:

Now all I need for my Oblit set is the quad, and for my Kinetic Combat set the triple... I put  in a bid on the KC triple... there are a couple for sale but for more than 50 million, I'm hoping to get it cheaper than that.

After that I bought:

(The Kismet and Karma defense IOs are cheap placeholders in Weave and Combat Jumping since I don't expect to have the actual IOs I want for some time.)

Then I had a bit of an epiphany -- those Reactive Armor IOs that I needed to buy were sort of a mule set -- I mean, it's nice to get recharge and defense and endurance into Increase Density, but I'm really four-slotting ID because of the set bonuses.  So I don't really need high-level (or even mid-level) IOs, do I?

But basically I spent money: 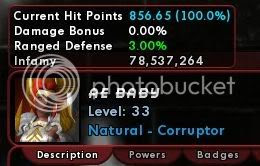 (My build after I was done)

Anyway after that I listed a couple of Performance Shifters for sale and decided to actually play the game.

I collected all the explore badges for Croatoa, Dark Astoria, Founder's, Brickstown, and Crey's Folly.  That's 25 merits.  Then I got invited to a random mission PuG, and did 2 1/2 missions with them, which got me to level 34.

At that point some friends were starting a Synapse, and that sounded ideal -- I wanted the badge, it's lots of merits, and it's long so I'd gain levels.  We ran this in 1 hour 46 minutes.  At the end I had 280 merits total and I was level 36.  :D 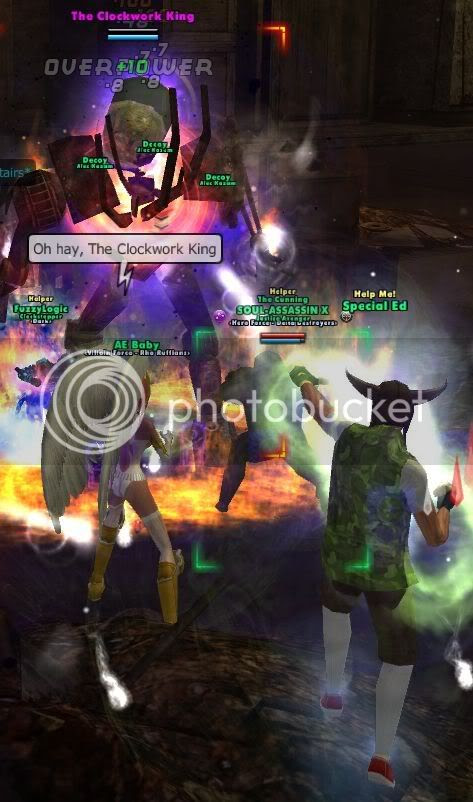 Unfortunately nothing sold the whole evening.  I've learned once again that you can list something for, say, 10.1 million and it will not sell for days, or you can list it for 10,000,001 and it will sell in five minutes for well over 10 mil.  In this case, the two Performance Shifter IOs I listed earlier in the evening still have not sold, but one I listed for slightly lower at the end of the evening sold immediately.

I headed back to Cap Au Diable to do my 30 costume mission and to start the Midnighter's arc.  That was my day.  :D