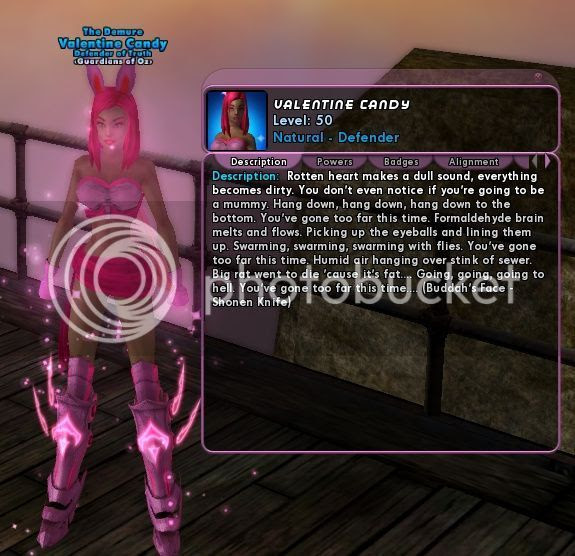 I think Valentine Candy was the only bow & arrow character I ever got to 50.  I wanted an arrow blaster for a long time but didn't work on it, and then I created an arrow/time corr named Chelan that I would have gotten to 50 someday... but Valentine Candy, dark/arrow defender, was all I actually managed.  I leveled her up almost the full way on Freedom, but trasferred her to Virtue when she was something like level 46 and got her to 50 there.  But she wound up being one of those 50's that I never played -- not that I disliked playing her, just that I had too many other characters to play.

I can't even begin to explain why her bio is the lyrics to "Buddah's Face" by Shonen Knife, except that that song makes me laugh.  It's their "dark, heavy metal" song, but the lyrics are just silly...  (I've seen them play it in concert though, that was fun!)