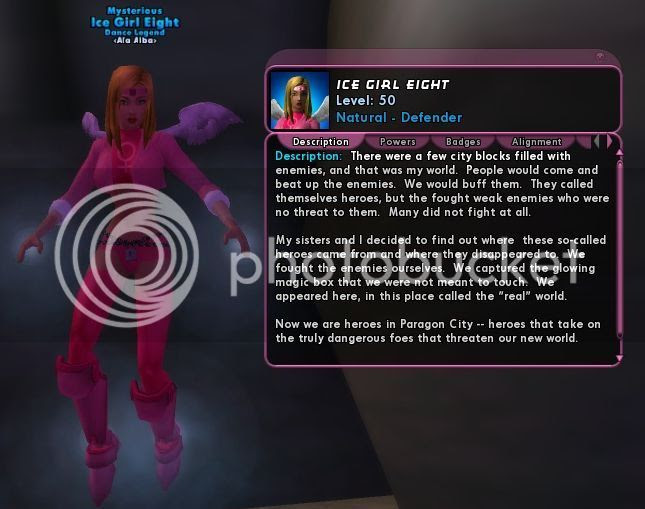 Ice Girl Eight was ice / ice blast, of course.  Ice was actually a great defender set, so I'd play Ice Girl on occasion, at least until I had several corruptors to choose from.  After that, not as much.  But I still liked my buffbot defenders, they were all fun to play and had good builds.  Given time, I'm sure I would have gotten several more up to level 50.  I had really wanted to play Fire Girl Three up, a fire/fire corruptor.