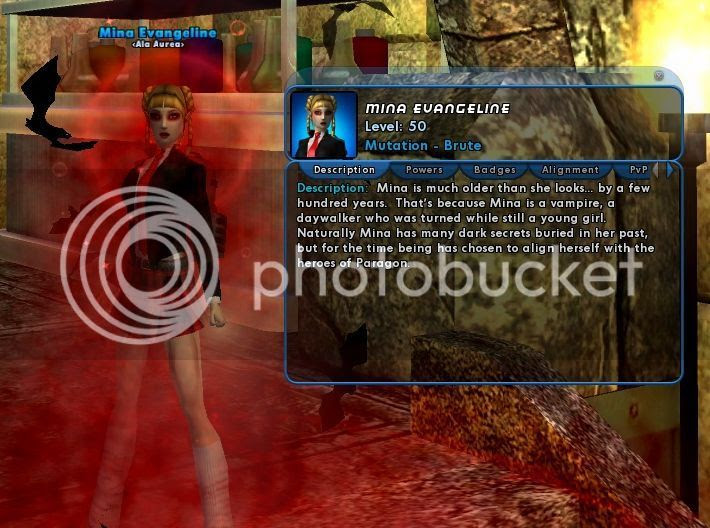 Around the time I made a conscious decision to level up more brutes and began working on War Maid and Shinobu Eden, I created Mina Evangeline.

Mina is a demonic vampire.  She's patterned after Mina Tepes of Dance in the Vampire Bund and Evangeline A.K. McDowell of Negima!.  Both are vampires, both are young girls, both can sometimes transform into much older and more beautiful (and deadly) women.  Mina could do the same.

The idea behind Mina was to try out Dark Armor, which was supposed to be one of the best armor sets in the game (well... people like Dechs certainly thought so).  Mina was dark melee/ dark armor.  My ultimate conclusion was that it's a very nice set, but once again, I hated not being able to see my character well.  Ultimately this meant that I didn't play Mina all that much, although I did occasionally pull her out for a TF here or there.  She made a good head of one of my solo SG divisions though.