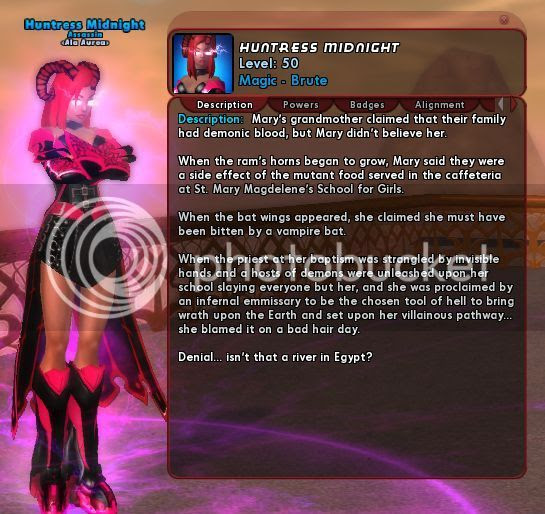 Huntress Midnight was my first level 50 villain, my first brute, and one of the few characters that I played through nearly all of the redside arcs.  She was dark melee / electric armor, which made her a squishy brute for most of her life.  Very late in her career I rebuilt her with a good defensive build that made her much tougher and more viable, and I took her heroside and played her a bit there.  I always got a kick out of her bio.

I managed to incarnate her a bit but not as much as I would have liked, but I'm glad that I rebuilt her and played her in the last year of the game.  She was a fun character.  For a while she was my "redside badger" but that became meaningless with Going Rogue.  I think she had some 600 badges, none of my characters were over 1,000 badges save Mouse.  I simply had too many characters to worry about badging too much.