As with the first day, I start off soloing.  There are few other players redside and my corruptor is (so far) a slow soloer.  At one point I get blind invited to a team, and it's exactly the kind of team you'd expect from a blind invite.  It includes such scintilating conversation as:

On the plus side, it's a level 33 team which is a boon for me at level 8.  On the down side, it ends exactly like you'd expect such a team to end -- with the leader going silent in the middle of the second mission, then inviting a brand new person to the team, followed immediately by:  I gtg guys, good luck in the fight.  And he quits.  And what's sad is, it's not even the second or third time I've seen someone do that -- invite new people and quit immediately after, halfway through their own mission.

I go back to soloing, find another (better) team, and even manage to get both a jump pack and a  raptor pack.  I make level 12.

On the marketing side I'm a bit worried that I've made an error.  I buy my 10 recipes easily enough, and only 1 rare salvage to start with given my modest startup cash of 2.5 mil.  I craft my IO and discover that they're selling for a lot less than they were in just the last week or two.  There are hundreds for sale, so clearly the market is glutted.  Maybe that will change when we hit Double Experience Weekend, but I need to make money now.  I list for less than I'd like but just above the last 5 sales, which may not work.  We'll see.

I also put in lowball bids on level 15 generic IOs:  accuracy, damage, heal, endurance.  I expect better results from this.

No new merits, no new cash.  All I really accomplish the 2nd day is making it to level 12. 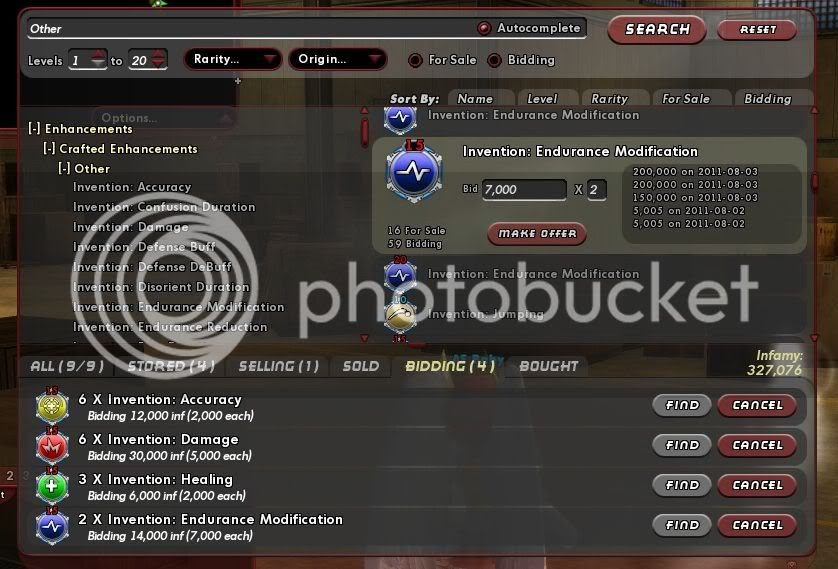 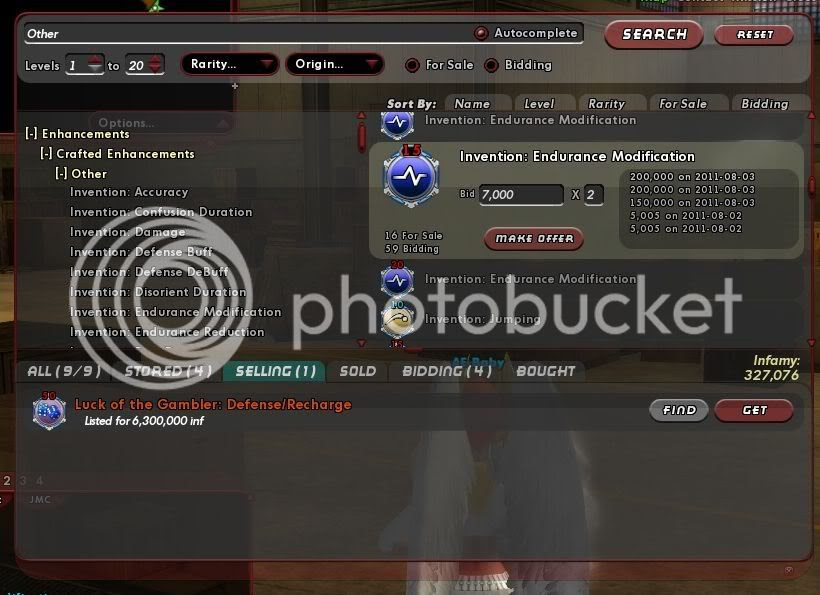 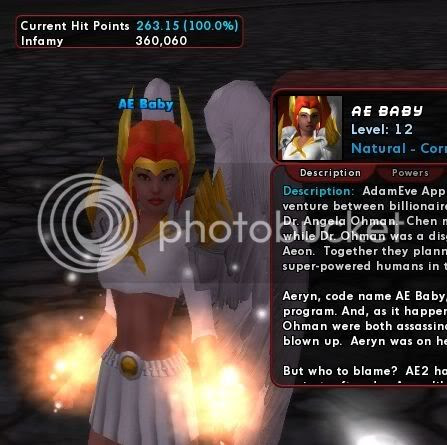 Other than that, I scanned the Corruptor forums and found a build I thought would work for my project.  Again I was wrong.  More on that later.  :p