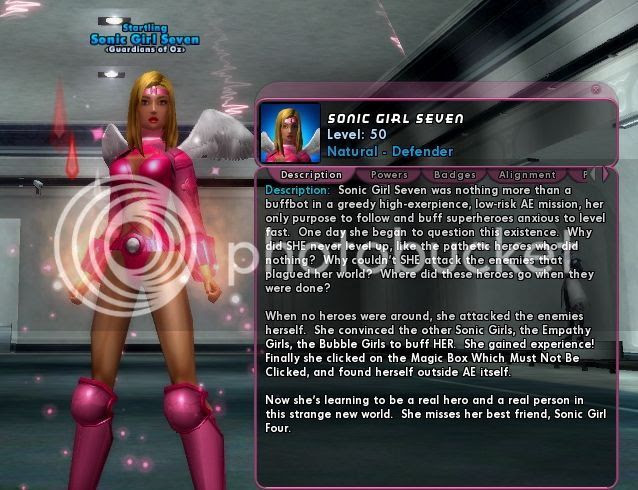 Sonic Girl Seven was my very first "buffbot" girl, and the inspiration for all of the others.  She languished at level 46 for a very long time, but I finally PL'd her to 50 just so I could say I had done it.  As the very first of these characters, she deserved to make it to 50.  I would have liked to do that for several other characters -- really, I wanted to one day have all my buffbot girls at 50 -- but Sonic Girl Seven and Storm Girl Ten would have to do.

I wasn't really enamored with Sonic defender powers anyway... although when I finally played the character again, she was much better than I remembered.  But like Bubble Girl Six, she was a bit of an anachronism to the game as it was played in the final years, at least among my friends.  Give me a time or nature or ice defender any day, a sonic defender was just okay.  ^_^