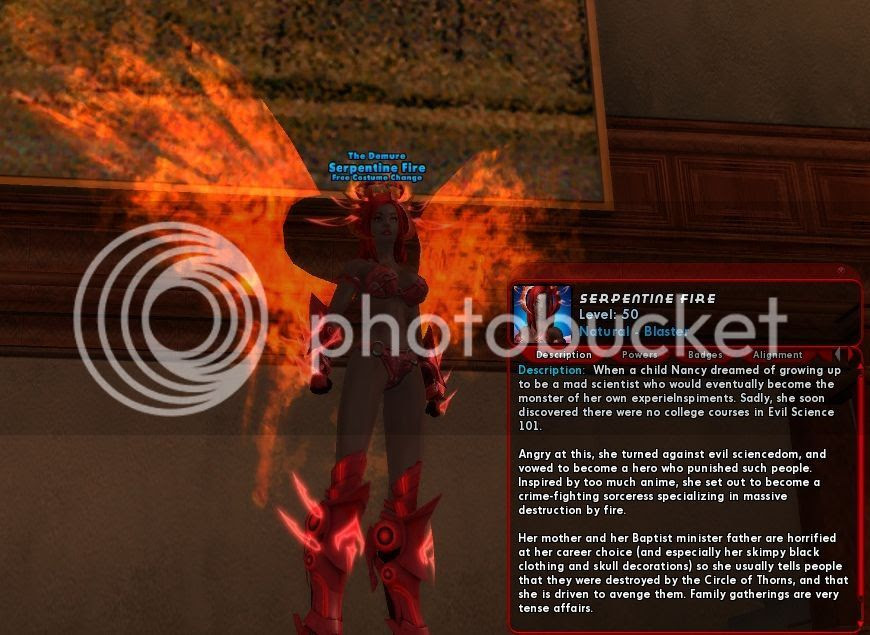 Serpentine Fire was my first (and for a long time, only) level 50 blaster, and my first 50 leveled up on Freedom server.  She was also my first character that I "purpled out" though when I looked at the build a few years later, it wasn't all that impressive.  But she was a fire/fire blaster, capable of massive amounts of damage.  I used her on one or two hami raids.  I moved her to Virtue for a while, then to Union once the server list merged, on the idea that I could play there with people across the pond, but I never actually did that.

The dirty secret to Serpentine Fire was that she was a Naga the Serpent clone.  But I really liked how the name suggested that and suggested a different inspiration entirely.  For a while I had a Lina Inverse clone too, but later deleted her.  Serpentine Fire though I enjoyed playing.  I didn't take many blasters to 50, it wasn't my favorite AT, but there's something about fire blasting that you had to love.
Posted by Miko at 1:05 PM