I checked on stuff early Sat morning, and my 3rd Enzime purchase had been made.  :D

So now my goal is to raise another 100 million or two to purchase the last Enzyme.  All I need for my build at this point is 1 Enzyme and the last LotG 7.5% recharge, which I'll have by this afternoon/evening.

I ran a BAF and a Lambda this morning.  I managed to open up my Lore slot, and went with the... purple storm things from the Shadow Shard, whatever they're called.  I have no idea which pets are better than others, just having pets is a bonus and so far I've gone for whatever sounded cool that I hadn't tried on another character.  ^_^

I also crafted my Pyronic T3, so I have 1 level shift at least on trials.  I crafted T2 for Destiny Rebirth, and I broke down and used incarnate trial salvage to craft my Alpha T1, Cardiac I think.

Plus I bought some fancy boots and stuff with astral/empyrian merits.

I haven't actually posted my other outfits.  Among other things, I've purchased Halloween salvage from the market for the 5th costume slot and candy canes for the halos.  I placed the halo on my original costume, because AE Baby is sweet and innocent, yes?   :D

My second costume was similar to the first but more armored: 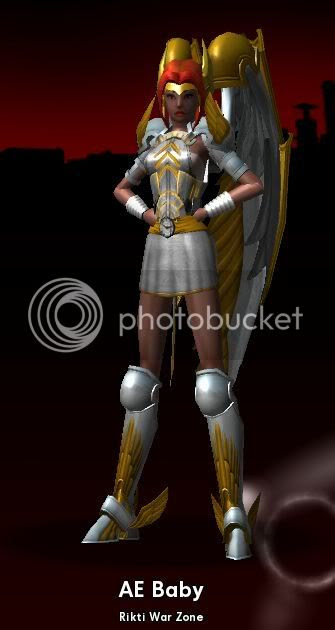 My fifth costume is my ITF costume: 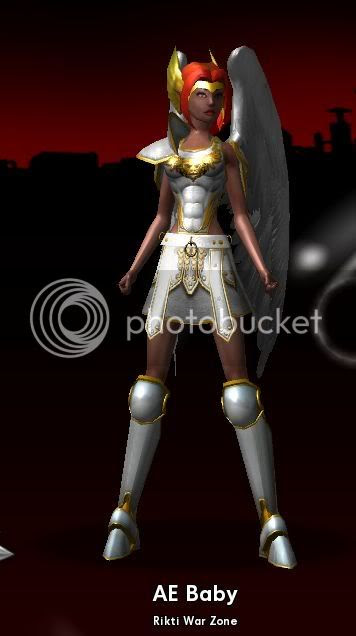 And costumes 3 and 4 are my "most skin showing" and "least skin showing" outfits, but both have become my incarnate outfits.  I like having just the incarnate boots on the "less is more" outfit, and I'm kinda going all out on the other outfit: 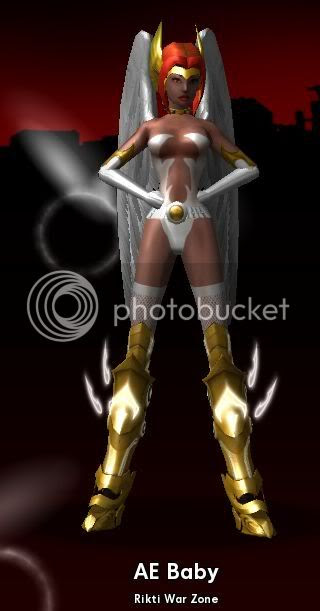 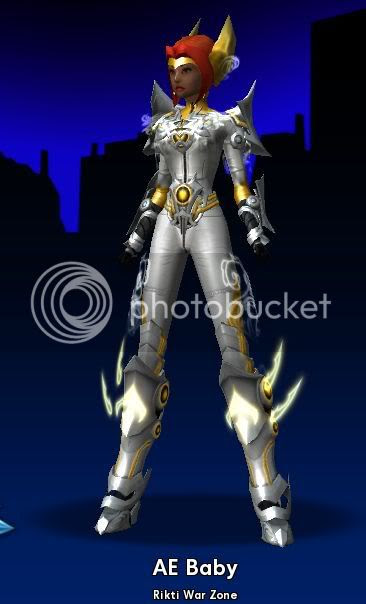 Aside from getting that last Enzyme, I think my goal for the last few days of the month should be to get a T3 alpha, T3 Destiny, and T3 on either Lore or Interface as well.  I could say that would complete my journey from level 1 to awesome, reaching the level shifts.  ^_^