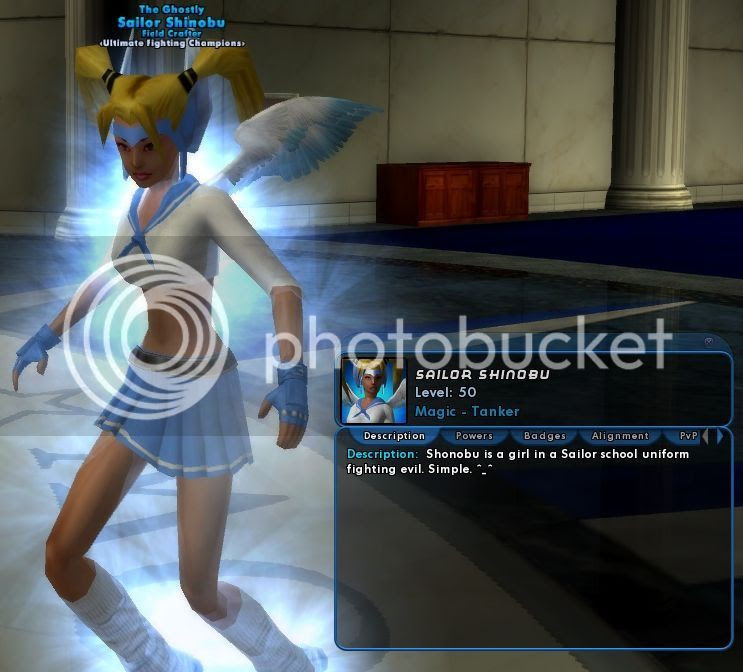 Sailor Shinobu was a rather obvious Sailor Moon clone, a schoolgirl with long blonde pigtails anyway.  She was an invulnerabile / energy tank, my second level 50 tank and my last.  Tanking wound up being much more fun on a brute or scrapper.  But she was well-IO'd and exceptionally tough, and was one of my favorite characters for a while after I got her to 50 and IO'd her.  I always had a soft spot for her because of that.

She was a member of someone else's supergroup -- Ultimate Fighting Champions, the SG of my two friends Divine Cline and Exiled.  They didn't play very much in the last year of the game -- I saw at least Exiled on after Sept 1st, but I didn't see either of them in the last couple of weeks or on the final day.  But I never removed Sailor Shinobu from their SG.  She wound up in charge of it more than once, then handed back power when Cline would return to the game.  They had a cool base too.  ^_^
Posted by Miko at 1:10 PM