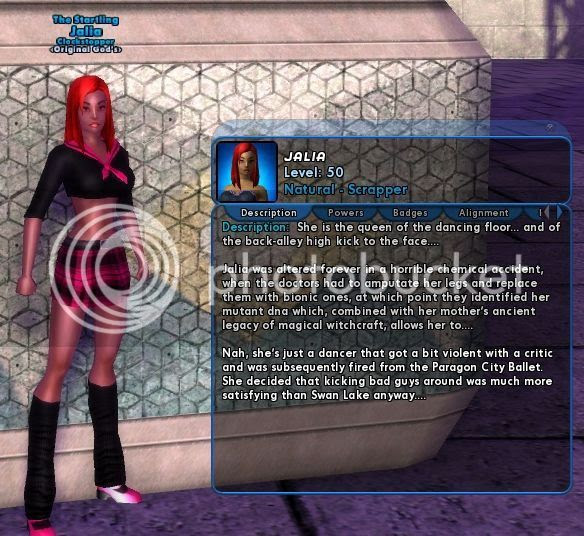 There was a point where Freedom was doing hami raid every night as people from Justice taught them how they should be run.  I remember Leandro / Doctor Leo was one of those involved in organizing them.  This was after a long period in which nobody had been running them.  In some ways, the smaller servers were better at organizing these kind of things because there was always a core of dedicated, hardcore players who all knew each other.  On a larger server, such players were more spread out and not always working together, at least it seemed like that to me.

I was in a really big hami raiding phase at the time and attended some of these raids.  At first transferred Black Unicorn to Freedom for this purpose (changing her name in the process) but then I decided that I really needed to level up a new Freedom toon who could be used for these raids.  I had leveled a couple of toons up to 50 or close to it on Freedom, but then I'd transferred all of them to Virtue.

What I had was the martial artist Ballet Dancer.  I was still in love with Martial Arts, but saw no reason to play the exact same character again.  But as it happened, the name Jalia was available (which... actually was the original name of Black Unicorn.  Ah, well!)  I gave Ballet Dancer a makeover and a new name (but not a new bio) and off we went!  Soon I was above level 45 and able to attend raids... in fact during my first raid I was unable to be invited to a team, they were all full, so I joined the raid as a solo level 47 scrapper, and did just fine because I knew what I was supposed to do.

Jalia gave me three different martial arts / willpower scrappers, all leveled to 50 within a few months of each other.  Alas, unlike the other two she was destined to be abandoned and unplayed since I so rarely played in Freedom afterwards.  She was a marketing toon only for the last few years of her existence.
Posted by Miko at 2:13 PM