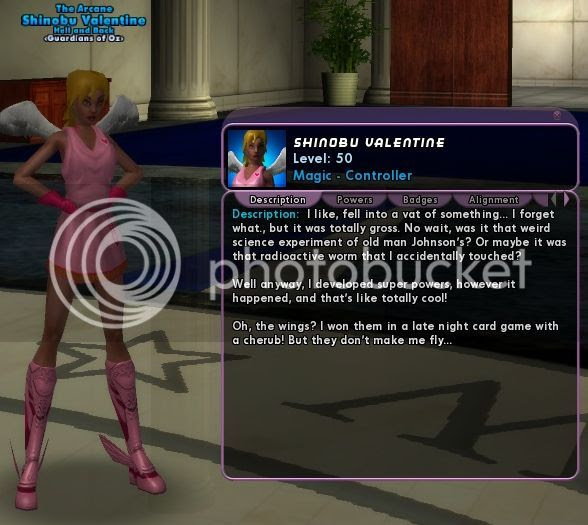 I have to confess that, after naming my first two 50's, it becomes very hard for me to remember the order of the next 45 or so.  But what I do know is that, about a year after coming back to the game, I picked up a second account, and my first 50 on this account was Shinobu Valentine.  That name was also the global name for my second account (the first account being @shinobu).

Shinobu Valentine was a potentially very powerful character.  illusion / radiation controllers were said to take on GMs.  I just never really warmed to playing controllers, and so after hitting 50 with her I mostly used her to market and only occasionally played her.  She wasn't one of my favorite characters, and I never really overhauled her build in the way that I could have.  She had a decent IO build, but not a money-is-no-object build which is how most of my other characters were designed later on.