This is a snapshot of what I had bought as of two days ago.

The LotG def/rech have been sitting there a while... they're not making a lot of money so I'm in no hurry to craft and sell them.

I'm pretty sure I already crafted and sold the Performance Shifters.  I can buy more of these at will for below 1 million a recipe and sell them for 7-12 million crafted.

All of the Eradications have filled in the last two days (I bid in stacks of 10 generally).  I'm trying to sell the Eradication damage IOs right now, and they're not moving.  But I think it's just a matter of time.  Tonight there were 24 for sale, and 10 of those are mine.  There were 61 people bidding.  The last five sales were all for 10 million, which is pretty low, the recipe was going for 20 million and more just five days ago.  But with so few for sale, I suspect someone will be willing to pay my price soon and then once you have a last 5 showing most people paying 15 or 20 million per IO, other people are more willing to bid that high themselves.  At least, that's my theory.  ^_^

I've crafted & sold most of the Oblits for 25 million each on average, although I still have 3 listed.

I crafted the Gift of the Ancients tonight and listed a few of them.  (That order had filled too -- I have 10 IOs now.)  Right now they're selling in the 20 million range. 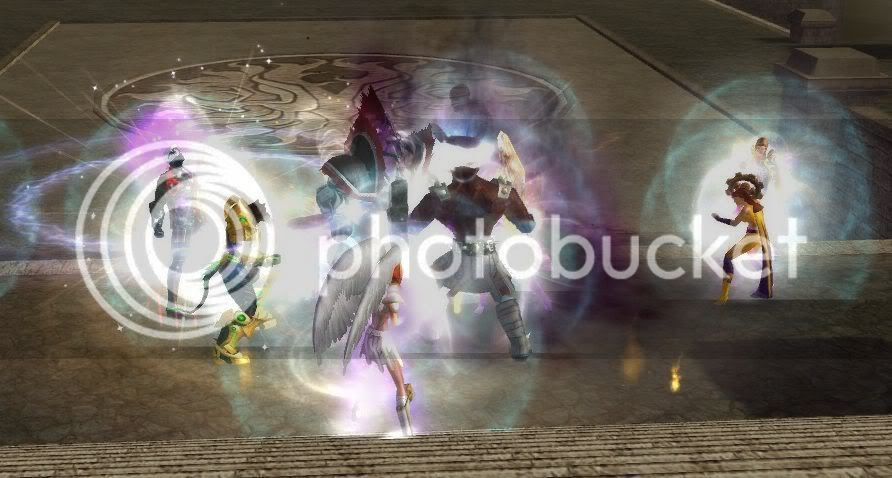 I joined an ITF tonight and got to level 49 and within 2.5 bubbles of 50.  I should hit 50 the next time I play, but I want it to be on a TF or something and not something like a radio mission team.  We'll see what I can join tomorrow.

I also converted 50 more merits and got my Numina unique.  I ran the ITF before crafting and slotting it, and even with just the Miracle I noticed a dramatic improvement in how quickly my endurance bar ran down during battle.

This character is a lot of fun to play.  Having the smashing/lethal defense on an ITF is nice.  Not that I can't be easily debuffed, but we had several melee to draw aggro, there were only a few times where I was drawing aggro and I managed to stay on my feet for the time needed for someone else to take aggro or for the enemies to die. ^_^ 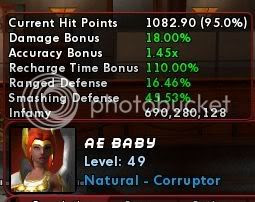