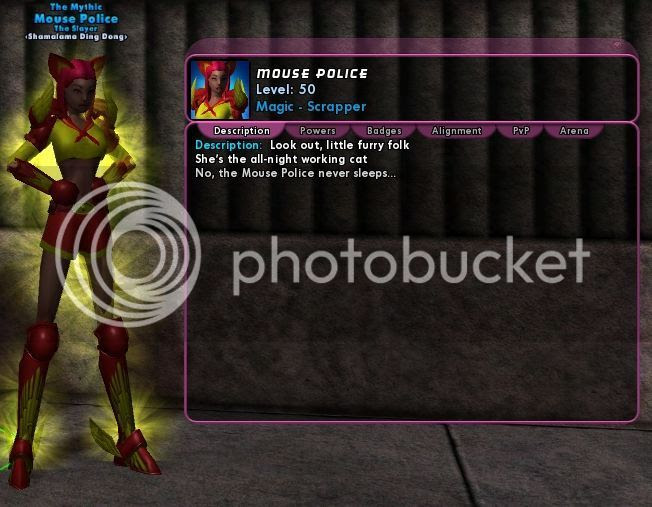 I had a Mouse Police on every server but Champion, where I had to settle for Mouse Policecat.  The Mouse Police on Pinnacle was the original, but the ones on Virtue and Victory were the only two I played all the way to 50.  I had in mind that I would someday have a level 50 version of Mouse on each server, but this one on Victory was just about the only time I put that plan into action (though I did play a few others as high as 20, and had a level 42 Mouse on Freedom and had transferred the original Mouse to Justice and played her up to level 45).

Mouse Police on Victory was a fire melee / super reflexes scrapper, my only super reflexes character until very late in the game.  I had a lot of fun playing her up and made some good friends on Victory, who I nevertheless lost touch with afterwards.  I didn't play Mouse much after that.  I had an okay build on her, but never incarnated her, even to open the alpha slot.